The 26th UN Climate Change Conference of the Parties (COP26) is being held in Glasgow from the 31st October to the 12th November 2021, and brings together the countries of the world to seek alignment on targets and goals to achieve net zero emissions by 2050 and avoid exceeding the 1.5C increase in global aspiration temperature set by the Paris Agreement in 2015.

This paper provides an overview on the naming of various climate change terminologies and the positions of Australia and China.

There have been a number of global agreements to tackle climate change starting with the Montreal Protocol, 1987, followed by the UN Framework on Climate Change, 1992, the Kyoto Protocol, 2005 and finally the Paris Agreement, 2015. The landmark and legally binding Paris Agreement was adopted by 196 countries in December 2015 and came into effect in November 2016. Its goal to limit global warming to well below 2C, preferably to 1.5C compared to pre-industrial levels. The Paris Agreement works on a 5-year cycle of increasingly ambitious climate change action and incorporates detailed planning, country to country support financially, technology transfer and capacity building. Experts view the Paris Agreement as being insufficient to prevent the global average temperature from rising above 1.5C and forecast catastrophic heatwaves, fires and droughts and floods, rising seas and thawing of arctic ice if this is not achieved.

Four of the key COP26 objectives are:

Carbon Intensity: measure of how much CO2 is produced per unit of electrical energy produced

Energy Intensity: measure of the energy efficiency of an economy calculated in energy per unit of GDP

I believe most Australians are relieved that the Federal government has finally reached alignment and made a commitment to deliver net zero emissions, by 2050. The commitment to deliver a 26 – 28% CO2 reduction by 2030 is unchanged from the target set 6 years ago. The latest forecast show Australia is on track to cut emissions by 30 to 35 per cent by 2030.

Climate experts argue Australia is not keeping up with other developed countries and are disappointed with Australia’s targets. PM Morrison is expected to be under pressure at COP26 to increase targets and to provide more clarity on Australia’s plan. Australia produces 1.3% of global emissions, however the fossil fuels we export contributes to the emissions of other countries. There is an argument that the LNG exported as a transition fuel reduces coal consumption (LNG has 50% less CO2 emissions than coal) and therefore has a key role over the next 10 years.

For the past 8 years the federal government has not provided a clear Energy policy and it is argued the absence of national energy framework is a key reason renewable energy investment has not progressed at pace.

The Australian states and territories have all individually committed to a 2050 net zero target and are separately progressing significant solar, wind, hydro, green hydrogen, battery systems renewable energy projects and to a lesser extent geo-thermal and wave power projects.

Australian corporates are actively researching and developing new technologies and investing in infrastructure to transform to a renewable energy model utilising electricity, green hydrogen and potentially ammonia for transportation. This is an exciting time with new value accretive opportunities being created.

Earlier this year China released the 14th Five Year Plan energy plan which was essentially an extension of the 13th Five Year Plan. Rather than a radical change, the plan recommits the government to “formulate an action plan for peaking carbon emissions before 2030” and to “anchor efforts to achieve carbon neutrality by 2060.” The 14th FYP includes language on controlling total energy consumption; curbing high-emissions energy-intensive projects; promoting hydropower and renewable energy, as well as new energy and intelligent vehicles; and establishing national industrial innovation centres in strategic fields. Detailed targets for these initiatives have not yet been released. Pending updates in the sector-specific energy plans that will be published later this year, current policy signals indicate that Beijing is planning for modest changes in the next five years.

China is currently the world’s largest user of energy and largest emitter of CO2, however if we consider total greenhouse gas emissions of countries since 1850, the US has produced close to double the emissions of China. Currently the twin goals of energy security and economic growth constrain China to coal which is bountiful in China and comparatively inexpensive.

China has an emission trading system and utilises “cap & trade” structures to limit the emissions of select industry including the worst emitters; steel, cement and power production. They do not support a carbon tax as proposed in the EU.

China installed a record 136 GW of new renewable energy capacity last year (2020) – more than half of global additions in 2020 – with the bulk coming from 72 GW of wind and 49 GW of solar. In total, China accounts for close to a third of globally installed renewables capacity today. China has committed to raising its non-fossil fuel share of primary energy to 25 per cent by 2030 and increasing the total installed capacity of solar and wind to 1200 GW by that time.

China has 51 nuclear power plants and 18 under construction, development is also progressing thorium and fusion nuclear reactor technology to improve safety and greener credentials. The significant 65% of power produced from coal fired power stations will gradually switch from coal to solar, wind, hydro, hydrogen and nuclear.

Net zero emissions by 2050 does not mean “no emissions”, however a major transition from fossil fuels to renewable energy options along with innovative solutions to extract and store CO2 will lower global temperatures but only if countries work on the problem together. Australia and China are both well positioned to be major contributors to a solution and to lead a renewable energy future. 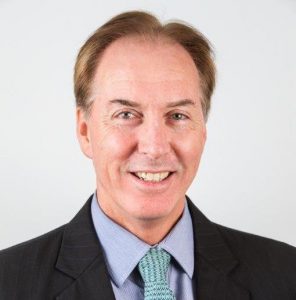 Currently Energy Chair at ACBC WA, David has over 40 years’ experience in the oil and gas industry. In more recent years, he has worked in BP’s Australian Upstream business with a focus on Domestic Gas and LNG marketing. David was based in Beijing for 2.5 years as NWS’s Chief Representative and has acted as Australian Co-Chair of the Australia China Natural Gas Technology Partnership Fund, providing support and direction for the development of knowledge and cultural exchange for Australians in China and Chinese gas professionals in Australia.